On January 31, 2014, The Viper and His Famous Orchestra played their first full set of stuff NOT played in John Peacock’s living room or on his front porch. We played two sets of material at the lovely cabaret-style back room of the Sugar Maple in Milwaukee’s Bay View neighborhood, with a nice full set in the middle by, of course, John Peacock — because you just can’t keep a good man down.

As you’ll see from the images at the bottom of this post, we handed out a program for the show, titled “4 Strings and the Sharp Vinegar of Truth, or: Homo Ludens.” For those not inclined to read the words in images, here’s the list of songs we played.

* Slight change to the program: played as an encore. Though listed in the program, “Make a World Brand New” was not played on this evening. So be sure to ask for it next time! 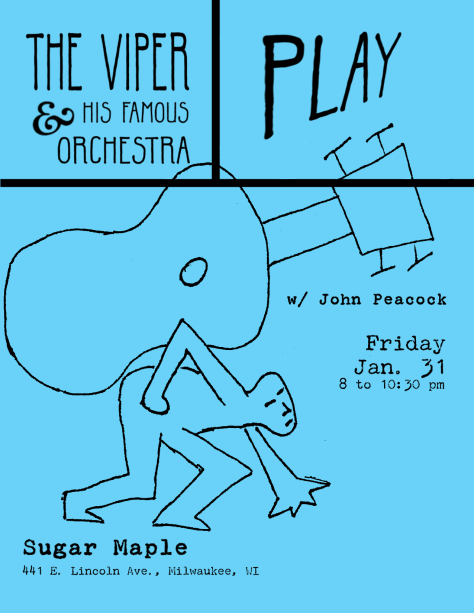